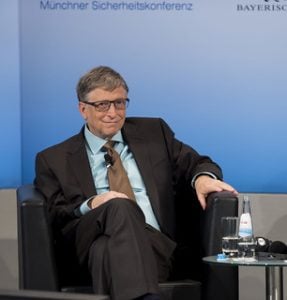 Bill Gates, the fourth richest person in the world and a self-described nerd who is known for his early programming skills rather than his love of the outdoors, has been quietly snatching up 242,000 acres of farmland across the U.S. — enough to make him the top private farmland owner in America.  America’s largest Owner Of Farmland Is Now Bill Gates.

After years of reports that he was purchasing agricultural land in places like Florida and Washington, The Land Report revealed that Gates, who has a net worth of nearly $121 billion according to Forbes, has built up a massive farmland portfolio spanning 18 states. His largest holdings are in Louisiana (69,071 acres), Arkansas (47,927 acres) and Nebraska (20,588 acres). Additionally, he has a stake in 25,750 acres of transitional land on the west side of Phoenix, Arizona, which is being developed as a new suburb.