By Brad Simmons homes and land for sale in Kentucky, Real Estate July 17, 2021

Etruscan Pork recipe – supposedly one of the oldest written recipes known to man… who knows? who cares? 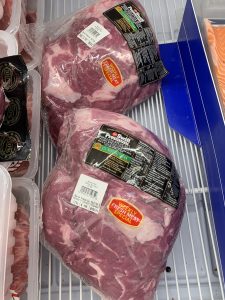 Braising pork shoulder or Bone-in Boston Butt (yes its the butt end of the shoulder – not what you are thinking!) will make a fall-apart tender roast of mouth watering goodness. And when milk is the braising liquid, what results is a sauce that will be lore like pork flavored Ricotta.  You in now?  Join me now to make Etruscan Pork – supposedly one of the oldest written recipes known to man… who knows?  who cares?  This is a WINNER for DINNER.

1 – bunch – or a couple handsful of fresh sage leaves – an uncomfortable amount (I’ve never done it with dried, but you could)

Enough whole milk to cover meat – and play with that – some recipes I read are like a cup and a half.  We use half a gallon at least.

Zest of one Lemon from a lemon and a microplane – the lemon will curdle the milk – and you are making cheese!

Plenty of salt and pepper to your taste.