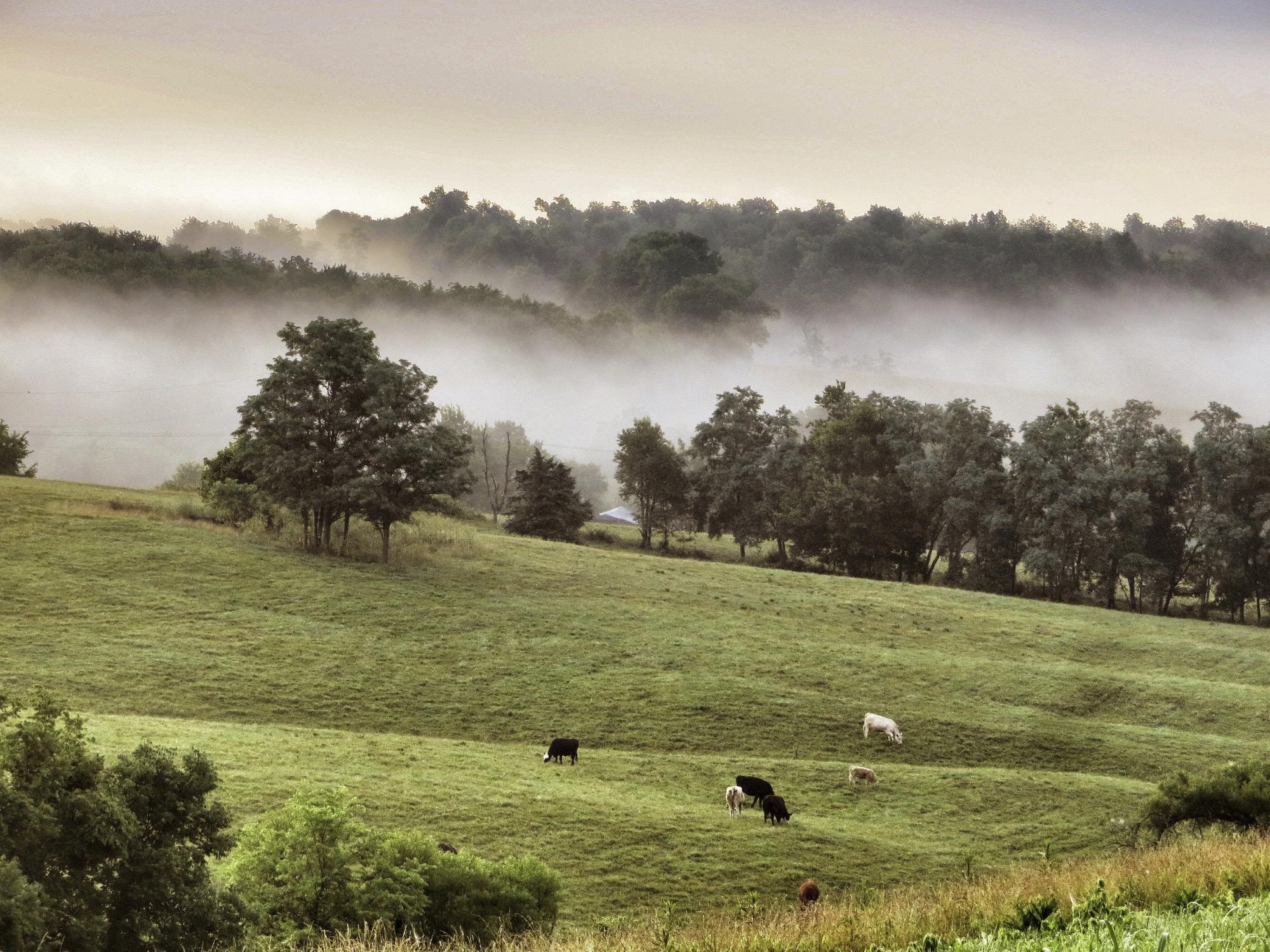 Pioneer Daniel Boone, who knew Kentucky about as well as anyone, is credited with saying, “Heaven must be a Kentucky kind of place.” Let’s pray he’s right. There are so many reasons to love Kentucky that no list is ever complete. It’s a losing proposition. Here are the Top 200 Reasons to Love Kentucky.

In celebration of our 200th issue, we thought we’d give it a try. We compiled a list of 200 reasons, presented here in no particular order, and we reached out to some well-known friends of Kentucky Monthly asking them to sum up their love of the Commonwealth in 200 words. Of others, we asked for the things they love most about the 15th state.

We were flooded with responses. Many are contained here, and others will appear on our website or in future issues, so don’t be disappointed if yours isn’t included. Sit yourself down and write us a finely crafted letter, a well-reasoned treatise, or a witty email. We’ll comb through them and publish the worthy ones between now and our 300th issue in 2026.

188. Squinting to see the images of the champ hidden in the mural of the Muhammad Ali Center

182. Devouring a Hot Brown at the historic Brown Hotel

181. Enjoying an ice-cold Ale-8-One, Kentucky’s own soft drink, bottled in Winchester for

179. The fragrance of roasting peanuts wafting through the air from the Jif Plant near downtown Lexington

178. Hearing the story of 84-year-old Cassius Clay chasing away the family of his 15-year-old bride at White Hall State Historic Site

175. Spotting brand new Thoroughbred foals with their moms in the fields beginning in early January

166. Watching strangers to our Commonwealth weeping during the singing of “My Old Kentucky Home”

163. Four distinct seasons—sometimes all in one day

149. Knowing the nation’s gold and possibly an alien or two are safe in the gold depository at Fort Knox

144. The steam rising off freshly washed racehorses on the backside at Churchill Downs

142. The look on visitors’ faces when you drive them by the Castle between Lexington and Versailles

140. Lexington Cemetery, especially in the spring

137. Working off the effects of the mile-high merengue pie Patti’s 1880’s Settlement with a bike ride through the Land Between the Lakes

129. Dogwoods in the spring

124. Kentucky Museum of Art and Craft

112. The view of Frankfort and the Capitol from Daniel Boone’s gravesite at the Frankfort Cemetery

111. Rolling land of the Bluegrass Region

108. Cumberland Falls, one of only two places in the world where you can view a moonbow

105. KFC, Creator and provider of the world’s most famous chicken

103. Bluegrass Music, Genre of music developed in the Kentucky hills and derived from traditional Irish, Scottish and English tunes

102. The squeak of sneakers on the hardwood and the sound of a basketball going though a nylon net

101. Waverly Hills Sanitorium, Former tuberculosis hospital, shuttered in 1961 and alleged to be one of the most haunted places on earth

100. The comfort in knowing you’re never more than 10 miles from a Walmart and a few hundred yards from a Baptist Church

99. Although it’s discouraged, rubbing the foot of Abraham Lincoln’s statue in the Capitol Rotunda for good luck

95. Mingua Brothers Beef Jerky, The purchase of a Ronco food dehydrator led to the creation of this premium beef jerky produced in Bourbon County

94. Kentucky Derby, The most exciting two minutes in sports

93. Louisville Slugger, The official bat of Major League Baseball, made by the same family that began producing bats in 1884

92. Feeling better during allergy season knowing that goldenrod is the state flower

90. Speed Art Museum, Started from a private collection, the museum now houses the most extensive treasure trove of art in Kentucky

88. A slaw burger, fries and a bottle of Ski at any one of Kentucky’s six remaining drive-ins

87. Natural Bridge State Resort Park, One of many examples in Kentucky of Mother Nature at her finest

73. The sun shining through the world’s largest hand-blown stained glass window, in Covington’s Cathedral Basilica of the Assumption

67. House Made of Coal, Middlesboro

64. The serenity of the Abbey of Gethsemani

55. Enjoying outdoor theater in Danville or outdoor music in Bardstown

54. Kentuckians, the friendliest people on Earth

52. Knowing that Paintville’s Chris Stapleton sings about Tennessee whiskey, because it’s harder to find a rhyme for “Kentucky bourbon”

48. Land Between the Lakes

47. Learning the history of why American horses run counterclockwise at a visit to William Whitley House State Historic Site

46. Intriguing signs such as “Welcome to Hartford, Home of 2,000 Happy People & a Few Soreheads”

45. Rabbit Hash General Store, Open since 1831, the store was ravaged by fire in February, but Rabbit Hash has vowed to rebuild

43. Belle of Louisville, Constructed in 1914, the beloved Belle is the oldest operating steamboat in the country

41. Thunder Over Louisville, The official start of the Kentucky Derby Festival and a fireworks/air show wonder to behold

40. Taking a selfie with the Colonel at the Harland Sanders Café and Museum or the Louisville International Airport

38. ’Tis a gift to be simple at Shaker Village at Pleasant Hill

36. Basketball fans—the most ardent in the world

34. Girls in dresses of UK blue at Commonwealth Stadium on a Saturday afternoon

33. Louisville Water Tower Park and the finest water in the world

21. Interesting place names, such as Monkey’s Eyebrow and Possum Trot

9. The Gideon Shryock staircase in the Old State Capitol

5. The sight of blue, red and yellow Corvettes on the streets of Bowling Green

4. Feeling secure enough to build a Stonehenge replica in your yard, like the one in Munfordville, and not worry about being hauled away to the psych ward

3. Louisville Zoo, Features more than 1,500 animals and a mission to “Better the Bond Between People and Our Planet”

2. The previous 199 issues of Kentucky Monthly